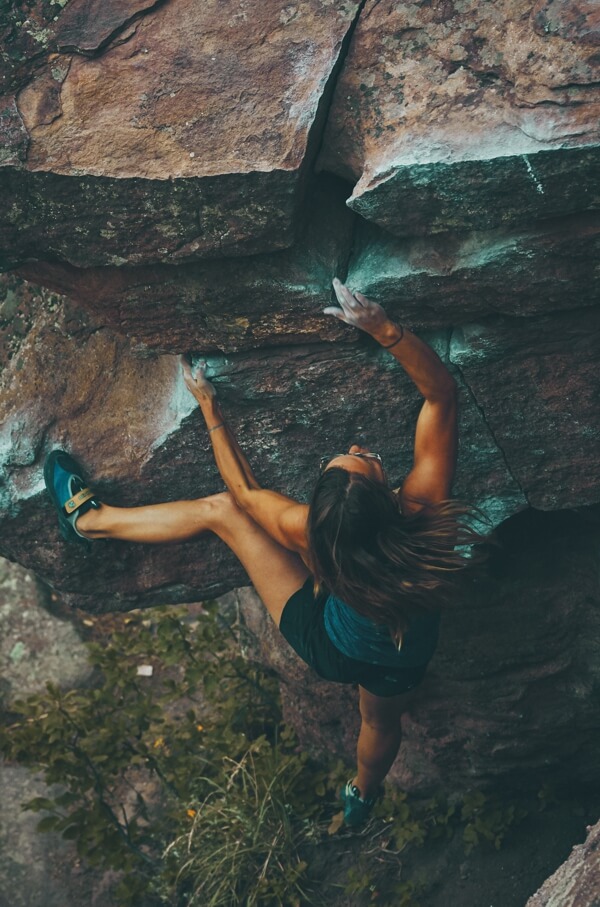 I really feel like I have something to say on this subject!

Why do I say that? Because I think that in life you have to do the action to reach the desired result. And when I say action, I do not mean effort, as many people see it, but at a sustained activity, effectively done, with a very clear destination.

Let me give you some examples to better understand me!

At two and a half years I started going to kindergarten, because my parents went to work in Bucharest, and my grandparents, who actually you can say they grew up me, were in the gardening business, and they were busy all the day. So I started to go to the kindergarten, accompanied by my cousin, Laura, six years older, who went to the general school at the same location. And I went with great pleasure, making me a very sociable and open person.

In grades 1-4 I can say that I have begun to form as a leader, because I remember many times when our schoolmaster, who was also the school principal, was in meetings or not getting to school and was requesting me do the homework with the few colleagues I had in the class, that I was organized and responsible. 😎

Classes 5-8 I followed in another village, in the adjoining village, which was at a distance of 5 km. For 4 years I made the commute on foot together with my best friend, Cristina, every day. Not because we had nothing to go with, but because the bus that was passing by was always coming late and we didn’t want to be late for school. We started to check time, I was doing 18-20 minutes in the morning as I was going faster, and 25 minutes at noon when I returned home. And I do not remember being absent from classes at all, with no motivation.

At high school it was even more exciting. Because I wanted to go to high school in Bucharest, I passed an entrance exam and I went to high school Iulia Haşdeu. Nice high school and you had to learn seriously, but I had to take on another “effort”, the ride there, the transport. Since in Snagov did not exist at that time, in 1999/2000, many transport options, but only a bus named IRTA, which had fixed passage hours. Respectively, in the 9th and 10th grades we learned the afternoon, that means we were going to 12-13 and going out of the hours at 18-19. Nothing out of the ordinary until now. It was only the last bus going home at 18:30 in Baneasa. I mean, from high school I had to leave at 17:30 to get on time, that meant missing from the hours… and I did not take this option into account. And two years my dad came to take me from Otopeni at 20:30, until we got there with another bus.

In the 11th and 12th grades I learned in the morning, we enter at 7:30. It was over hand because it meant waking up for 2 years at 4:30, 5:30 at the bus and at 6:30 I was going to high school (if I took the next bus I was late at the first hour and I did not want that). So every day I was in high school long before the doors were opened, I and the ladies from cleaning. Sometimes they were pitying me and letting me in. Sometimes they do not… I remember that on cold days, not to stay outside I was riding bus 335 to one end and back, once or twice to time passes to the first hour. And so it has been 4 years, without missing even a day, not feeling a special effort, motivation was beyond the action itself! 😉

When I was 17, on the summer holidays, I worked for the first time, officially, in a pizzeria. 😀 It all started when my mother told me she had not enough money to buy me a dress and a peer of heel shoes (I also wanted to be a lady); plus that my mom asked me: when do you wear these? That you usually wear a sport … Then I decided to spend my entire vacation, three months, working in a pizzeria, work that involved leaving home at 6:30 and returning to 19:30, work for 8 hours standing a few hundred pizza a day, so I did not have time for anything else; plus I was tired of such a program. But I was very excited, motivated by the fact that I had my money and did not make my mother any more hasty, so I did not feel like making any special effort, but I did it with love. 😎

In the first year of faculty I’ve repeated the figure. I mean, I hired myself in a cafe in Otopeni Airport, where I made coffee and fresh. As I was in college, I chose to work in the night shift from 23:00 to 7:00. To be able to maintain myself, that I was already 19 and I did not feel comfortable sitting in the hands of the parents for every penny. So the motivation and the result made me pass easily over the few months worked there, without feeling like I’m making any effort!

And the list of examples can continue a lot, but I still keep some for other articles. : Mrgreen:

I felt the need to write this experience because I hear people all the time around me who are self-inflicting for many actions they do every day (or even to say that they are whining),  that they feel like doing efforts over all the efforts. If that’s what you feel in your everyday life means you’re not on the right track. You have to make a change. Because sooner or later the mind and the soul will get tired and there will be no satisfaction of the result. It’s just an inert work. And that’s not about life! If you don’t feel that, congratulations, you’re on the right track!