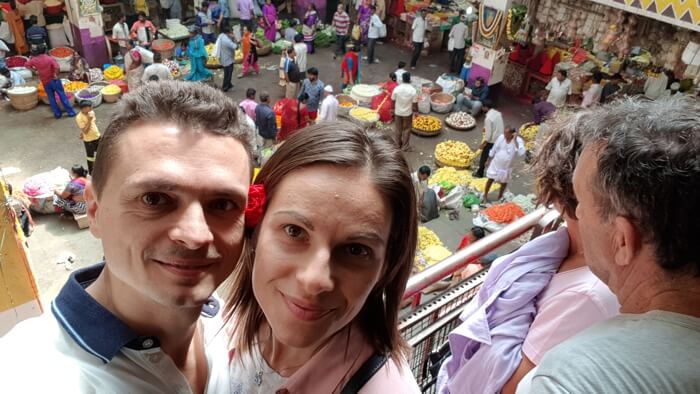 The story of going to India began as beautiful and unpredictable as it was, in fact, the whole trip. Since I knew I wanted to see India. After I started meditating and reading more about India, I wanted even more. The discovery of Sadhguru literally  forced me to put the wish list in India.

It all started on August 9, 2018, when I came across a Sadhguru announcement about the “The DNA of success“, to be held from 22 to 25 November in the ISHA ashram near Coimbatore. I do not know what came to me, but on the spot I went into my account and checked the available flights to India. I had about 70,000 miles in our account and we found, of course, a 50% mile discount ticket. I felt that’s it! So I called Catalina on the spot: “Beautiful, let’s go to India at Sadhguru!”. It was about 10 am, she had just left home. He says, “Wait, I just left home, let me think, see how we do … yes, it would be nice.” A few minutes later, I call her again, and once again, I tell her the price of her ticket and, that’s it! We’re going to India. In the evening I took my plane ticket, to be sure I did not lose the discount, made the visa application for which I received a positive response at 18 hours from the referral, and the following day I picked up Catalin’s ticket. Beautiful and unpredictable 🙂 … as a moment.

Then I announce my mother: “We’re going to India!”. To which she says: “Yesss, we go to India!” A sincere joy can be seen on her face 🙂 It is to be understood that it was only us, but too late: once I close the call, I exchange two words with Cătă and I call her back: come on, Mom, you too! And so I made a gang of 6 people (me, Cătă, mother, sister Delia and her lover Alfio plus Doriana, a mother’s friend) eager to go visit a totally different country (I did not know it was so, but I thought it somehow resembles Indonesia, which I visited in 2008 and 2009).

Things went slowly then… I did not know exactly how to do, there were so many things to see, the program was eating for 4 days out of the 15 there (we left 15 November morning and we returned on December 1st). But things are clearer five weeks before the departure flight. Although we were in the program, I only received an automatic confirmation email. So I decide to send them an email and ask them what the program is like, how to do it, etc. To which I receive a fair answer: the program is dedicated to business owners and those with high positions in companies as CEO, CFO, etc. Hmm… I say, what’s that? I’m a business owner too. So I’m telling them by email. To which their answer is perplexing: they send me a complete email with the steps to be taken to participate in the program, including: 7.000 USD. I say: “Tough! I go to India, but not to Sadhguru ‘s program.” 😐 From where to get $ 7,000 for the program! x2 !! So the 4-day dilemma that we did not know what kind of schedule to do for the 4 as long as we were in the program was fixed. I’m on my way: I’m setting the cities, I’m doing reservations, set goals, and then start looking car rental. We were about to make a total of 1,700-1,800 km through southwest India. I realize I’m the only crazy guy that wants to drive to India. That’s how I get hit by the first problem: all rental sites were asking for a mobile number from India. I find a site with a very fine offer (a 20% discount) that I like, but it also requires a mandatory Indian mobile phone number (confirmation is via SMS). Let me be!! I’m talking to an Indian friend who puts me in touch with his brother, who gives me a number of India, I put it in my account, receive confirmation SMS, here!!!! I have an account! I quickly upload photos after driving license in the dedicated section and make a reservation, pay!!, and then get wake me up by email: your license was rejected, it is not compliant! I make big, big eyes! What is it? I delete it and upload it again. As! I have a deadline until the end of the day, as if I have accepted. Tough! I’m looking for the email support and send them mail. The answer comes back: I get a generic answer that my license does not fit to drive LMV. What else can that be? I reply that my license is perfectly valid, to look at the category of vehicles. After an exchange of 3 emails in which I receive the same standard answer, I’m going to search terms and conditions. I find that you can rent a car only if you have Indian driving license for light motor vehicle (LMV). Boy, are you mad?! What’s up? I hired a car and drove in the US and Indonesia, but I never heard of it. I say it to my friend’s brother, who comes up with an idea: to put his license. Hmm… I say, let’s try. I load both, mine and his. After another 30 minutes the mail arrives: the permit was accepted. That’s it, I say. And I log in the account, to see. Surprise: The account no longer had my name, but the name of my friend’s brother. Never ending story! 😀 How dare I rent the car to his name? The police stop me once. And then, other tangles that can arise.

I look on the reservation: “total paid: 28.000 rs, refundable: 0”. Goodbye! They took my money without asking me about driving license and now they say I can not see them back? They also changed my account name without asking me. Lucky I’m trained, I take it easy and I say: no way. I take a deep breath and press “cancel booking”. 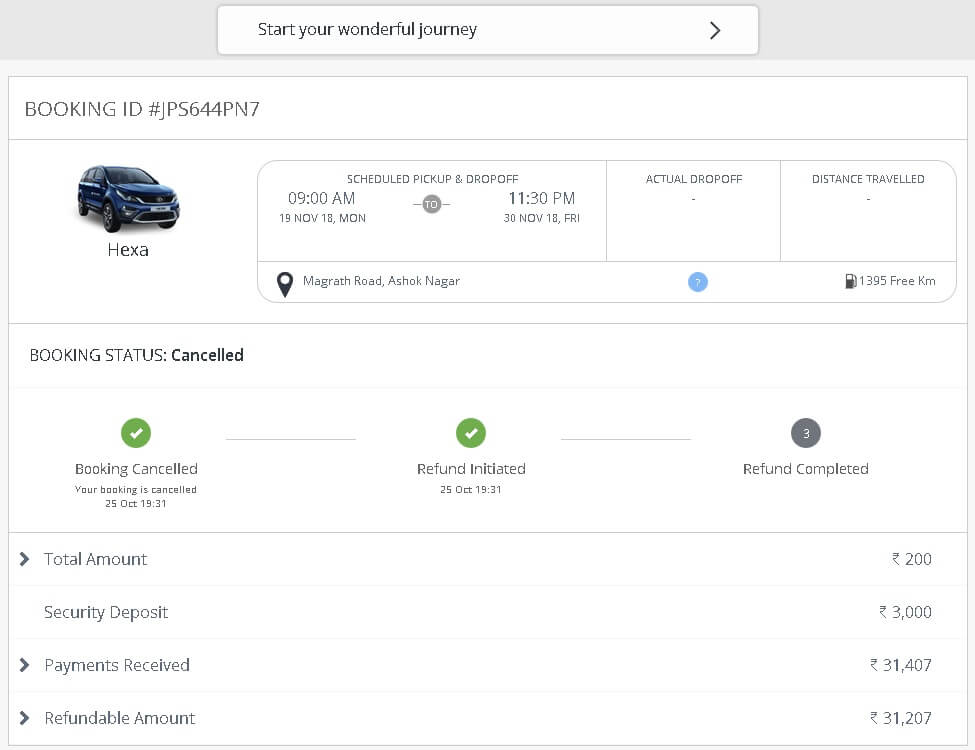 Yes… there is it a nice calculation that shows me that it returns all my money less than 200 rs (ie less than 2 euros). Hooray! Again 🙂 I have the money back. But the situation of the car remained unresolved. Uff!

I’m going to look for other sites. I find another company with great prices, which accepts also permits from other countries but only accompanied by IDP (International Driving Permit). Another eccentricity! I send them an email and they answer that can not be otherwise, that’s the law to them. I’m looking for it using “the Saint” Google… I’m totally amazed: just our beloved ACR (now I found out that I never knew) issues the IDP in Romania, based on the Romanian Permit, only to the members. All fun, with enrollment etc: about 230 EURO. Plus, it’s valid only 1 year! Not to say what it really is: a form (standardized by a 1948 convention, as if) released in 7 foreign languages ​​in which it writes firmly the same as in the Romanian license. On various forums and articles, I see more dissatisfied people who say that in other countries they cost around 20-50 euros or nothing. Normally, how to pay so much for a form?

I am stubborn to look for other options. The few that I found to accept rentals to foreigners have the same song: IDP. Meanwhile, few days are passed. Hmm … I put my hand on the phone and I call Delia: please check how much it costs to get Alfio international permit.

In short, for two more days, we have a car reserved for Alfio, which cost 50 euros to withdraw his license, valid for 3 years.

But… the preparation for departure is not over here. There was another step… predicted differently from us. While she is staying with me from June, Cătă is not yet divorced because of the sharing situation, which is not entirely resolved. But in August, when we took the plane tickets, who thought she would still be in the same situation in November? 😯 We don’t! 😳 So I got her ticket to the girl’s name 😀 And, two days before the departure, who’s calling and giving the airline’s emails to change her family name from her reservation? Still us (read “me”)! Fortunately, 1 hour (!) after sending the email and less than 24 hours before the departure flight, I get an email reply confirming my name change. Hooray!! Now we are really ready to go !! 🙂 🙂 🙂