Fear of height – the first part 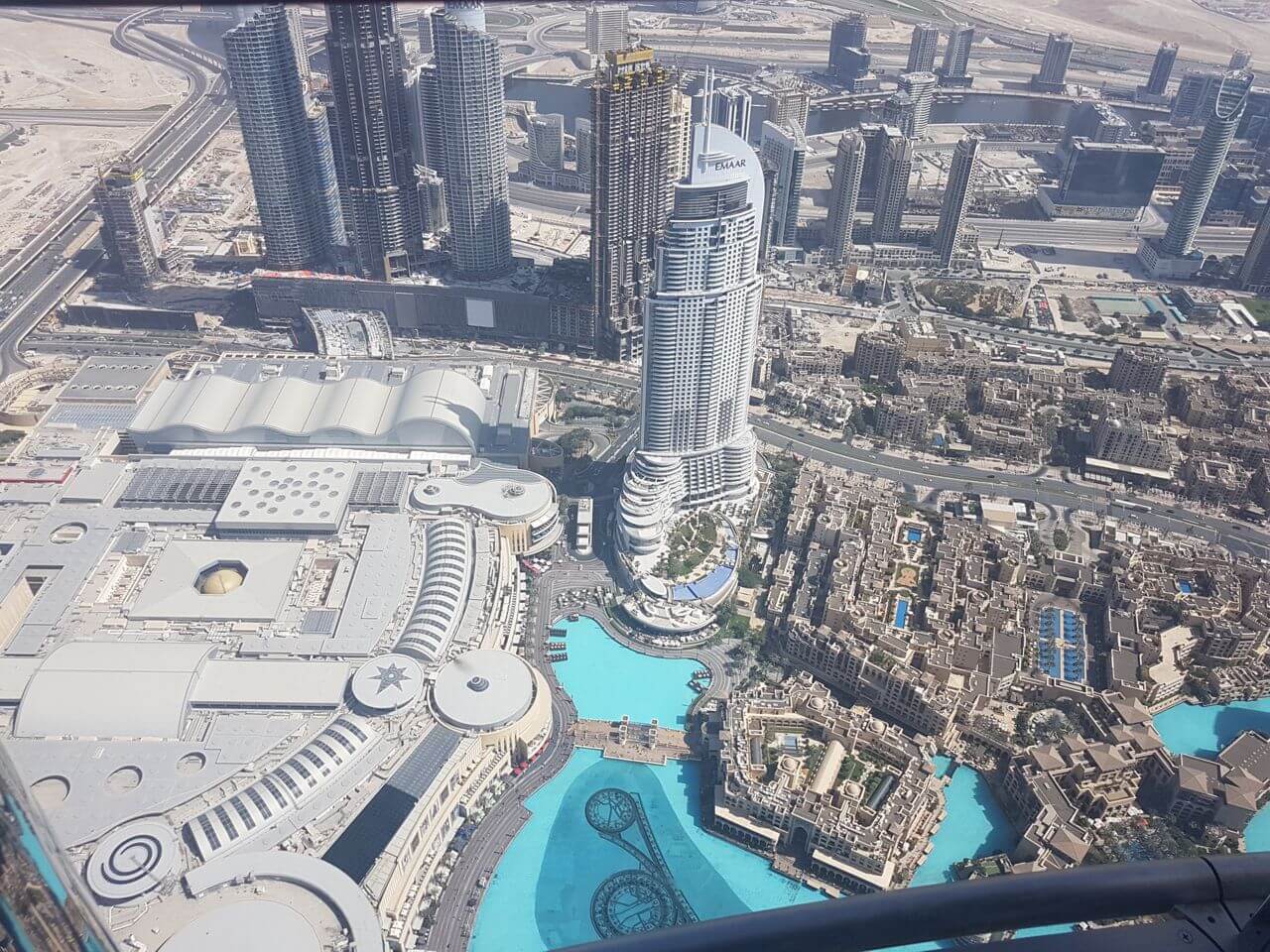 Since I know I was afraid of height. I had a serious, profound fear. Treacherous. So strong that for many years I was paralyzed by fear if I was on a “higher” floor like 3 or 4. But more, the fear was there even on the second floor: if I was for the first time somewhere on the second floor, I was totally uncomfortable looking down on the window. I mean, I was doing it only if I had to. Otherwise … I was preferring not to! 8-A

I remember some scenes clearly since I was little, somewhere after 6-7 years old. I’m already at Favorit – the apartment building of my childhood in Roman. We have a duplex apartment with 4 rooms, two on the main side and two on the back. The front rooms are on the 2nd floor, the ones on the back to 3. In both sides I prefer not to look down the window too much, although I have been here for years !! When I sit in the balcony I sometimes feel the floor slowly laying down to the ground, the balcony completely, and I’m going to fall! : lol: To give you a complete image: I have dreamed this scene with the balcony several times. Sometimes in my dream even the building bends to the ground and I can jump … pffff !!!

What else to talk about, there are other heavier things: climbing on the roof the building! The ladder seems to me sooooo long and soooo high. I climbed on the roof with the boys a few times so far – deh! – it was fun. For some … that was not too much for me: I’m approaching the edge of the building just lying on my belly, looking down for a few seconds then moving away crawling fast 😀 One of the neighbors, Fane, who is a bit more “crazy” launches a challenge: who can go on the edge of the building!!! There are two friends, Alin and Răzvan, who do it!! I sit somewhere in the middle of the roof, as far as possible from the edge, terrified: if one of them falls?!!! I can’t watch the whole scene, I see only short sequences. My palms get wet, I feel dizzy … Fortunately, the contest ends and everyone agrees to get down of the roof to play tennis. So good!! … and I said I will not climb on the roof again!!!

In the country, to my grandparents, I don’t climb in the trees. And if I do it I don’t go more than 2-3 meters. The ultimate attempt is to go up with my brother Cristi, on the roof of the old house. Obviously, that does not make me too too excited, but yes, I’m the big brother – I have to do it. 😀 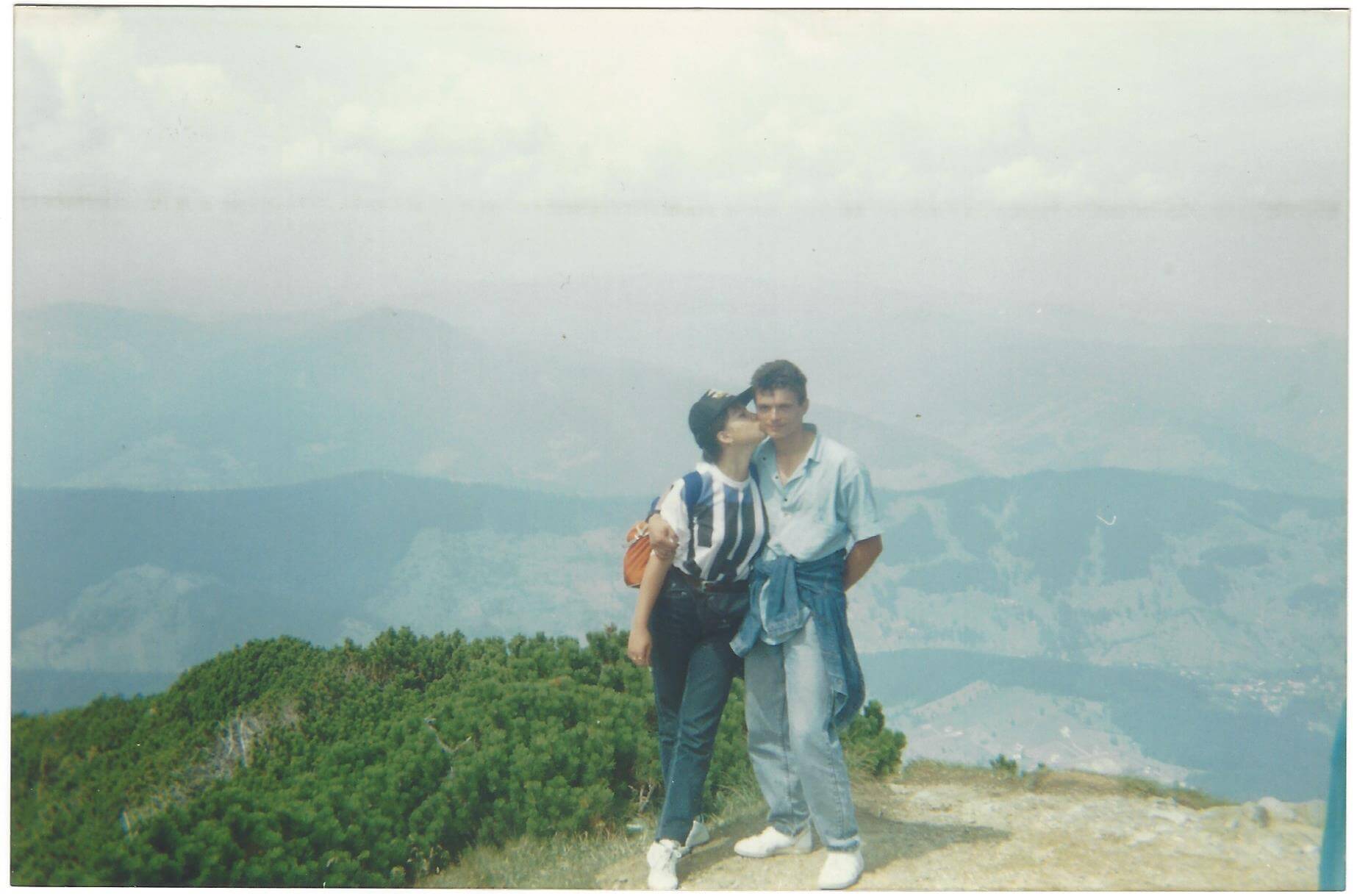 In the holiday at the end of the 8th grade I go through a very difficult situation: we are at Ceahlau Mountain, at the foot of the Toaca peak, with my mother, Cristi and my girlfriend Claudia. None seem to have any problem with where we are, and I have been relatively okay so far – I stayed as far as I could from the edge of the abyss. But now I have a wooden staircase, probably of hundreds of stairs, which I must climb to reach the top. I realize that I can do it pretty well, in the sense that I only look up, just to see how much is to climb, and that’s it! But once I reached the top, it seems to me that I will fall every second of that peak! : mrgreen: It’s like this top is somehow too small … We take two pictures, and then we head to the stairs, to get down! Oh my Gooood!!! Who the hell made me climb up here ?! 😐 And I start to descend, slowly, sweating especially in my hands. It seems to me an eternity. I imagine almost every step as I slip and roll down to the bottom. Nightmare!! I’m at the limit of the panic attack! 🙄

The situation continues even after I go to high school (police). Fortunately, we do not have any tests that would involve getting into high places. However, I am angry inside that I can’t go in the Montaigne Rouse in the amusement park or, for example, in “hammers”: it just seems to me impossible! I like to think about myself that I’m brave, but I can’t make the courage to play in anything “dangerous” like those. Yeah. 🙁 Many others are having fun, and I can see even younger children doing it.

The next test seems to be the first airplane trip. I am in August 2002 and I’m going to go with Andreea in the honeymoon in Turkey. We go through the security and passport checks, get on the plane, sit in the chair. Hmm … looks safe! The plane arrives at the beginning of the runway and starts to take off. 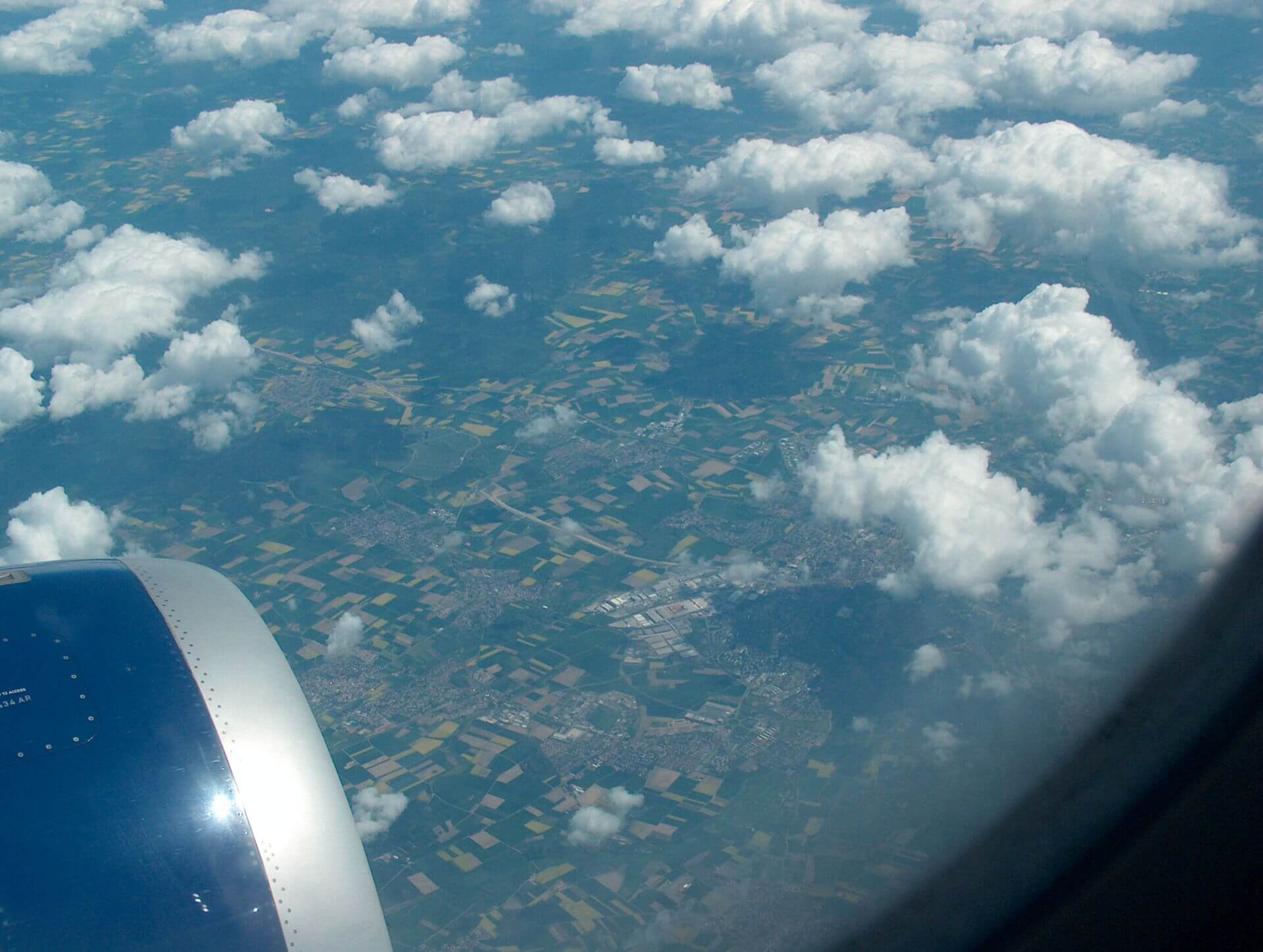 I have some emotions, sweat in my hands, but… it looks like it’s okay. As if the plane had being pulled with something… a cable or something. It gives me a sense of security, and I can even look at the window! How cool!!! 🙂 At least I can go relaxed with the plane …

Hey… but what do you think? Life brings me other challenges 😀 This time I am in a hotel in Hong Kong in 2004, arrived with a delegation at a congress on e-government solutions. As we walked into the hotel, I remained literally stunned. I’ve never seen a hotel so beautiful in my life. We check in, take the access cards and go up to the rooms. I go into mine and remain stuck in the hallway: (almost) all the outer wall is glass. 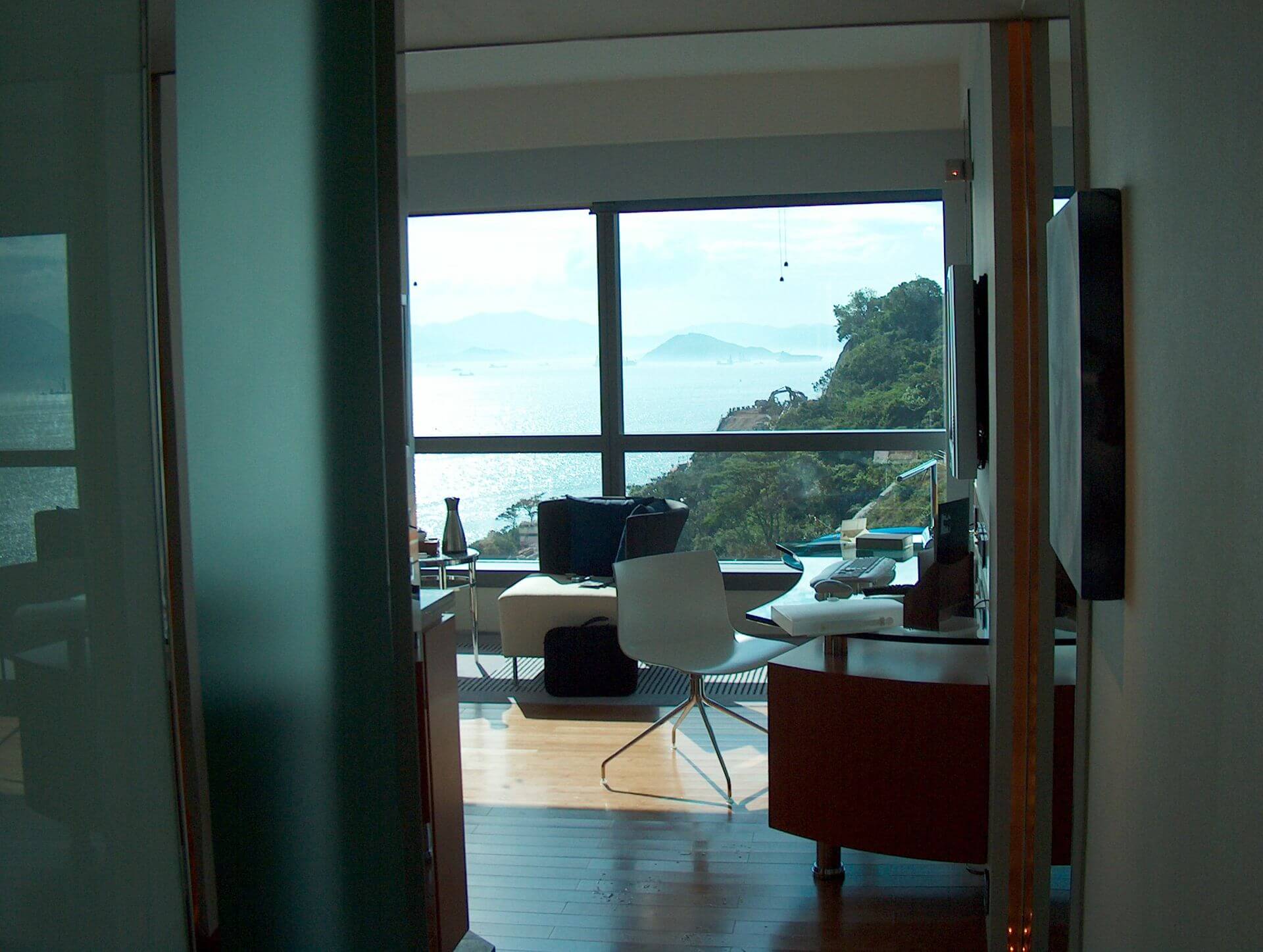 For me it’s like all is glass! And I’m only on the 8th floor!!! :O I get close to the window, but I don’t dare to touch it: I have the feeling that it can always fall apart and fall! 😀 In front of my eyes I have the sea and the mountain, dividing half the outer window. It’s sensational! To comfort myself, I look first to the mountain: it is right in front of my eyes and even higher. Okay, after a few tens of minutes, I can look at the sea relaxed. Just to look down I don’t dare – I only tried two times all my stay for almost a week.

One day we have a meeting with a Chinese woman in a restaurant somewhere in the center. The building is very tall, I know we’re going up to the 16th floor. We get to the underground parking lot, the lift comes up and we get on. All good and beautiful until it reaches the first floor: from here the lift’s route is on the outside of the building – I honestly do not even remember exactly that I was terribly afraid of. And that’s because all the walls of the elevator, except the floor and the ceiling, are glass! 😡 How did I not see when I jumped into it? Who will do it again? 😀 Finally, after an eternity and with me finished looking down on the streets that were somewhere below the hotel level a few more floors!!!, we reach level 16 and I descend dead and scared of the elevator. It takes me several minutes to calm down and get back to normal, and now I’m just thinking about getting down. Fortunately, I find that there is a normal, closed lift. Pfff …

In 2006 I start skiing in January, when another adventure starts: the cabin, the gondola and the chair. Of all, the Poiana cabin is by far the worst. : oops: Still, I’m making every effort not to look down, I’m telling stories etc… just to finish the climb faster! 😉 That’s until I arrive in Austria in 2011 at a very nice ski area, where I found the longest ski slope so far: over 11 km!! Well, to get up here, we take a cabin that has an intermediate station that climbs… watch out!: from 800 m altitude to over 2200 m!!!! :O The whole climb is near a rock wall… I better stay somewhere in the middle of the cabin and not think about anything.

That’s what happened to me in 2008 at Rome, Italy. I’m in team building, with colleagues from Vodafone 😎 and I reached the Vatican. Come on, we go to the church? Sure, I say !! I look up, at the dome, where you can see some small, little people, and I suck it up. Again??! More of shame, that I will not just remain the last sucker here down, more curiosity, I work up my courage and start climbing. Again, everything is fine for a while until I open a door and wake up in front of a big pit: we are on a sort of border inside the dome of St. Peter’s church. 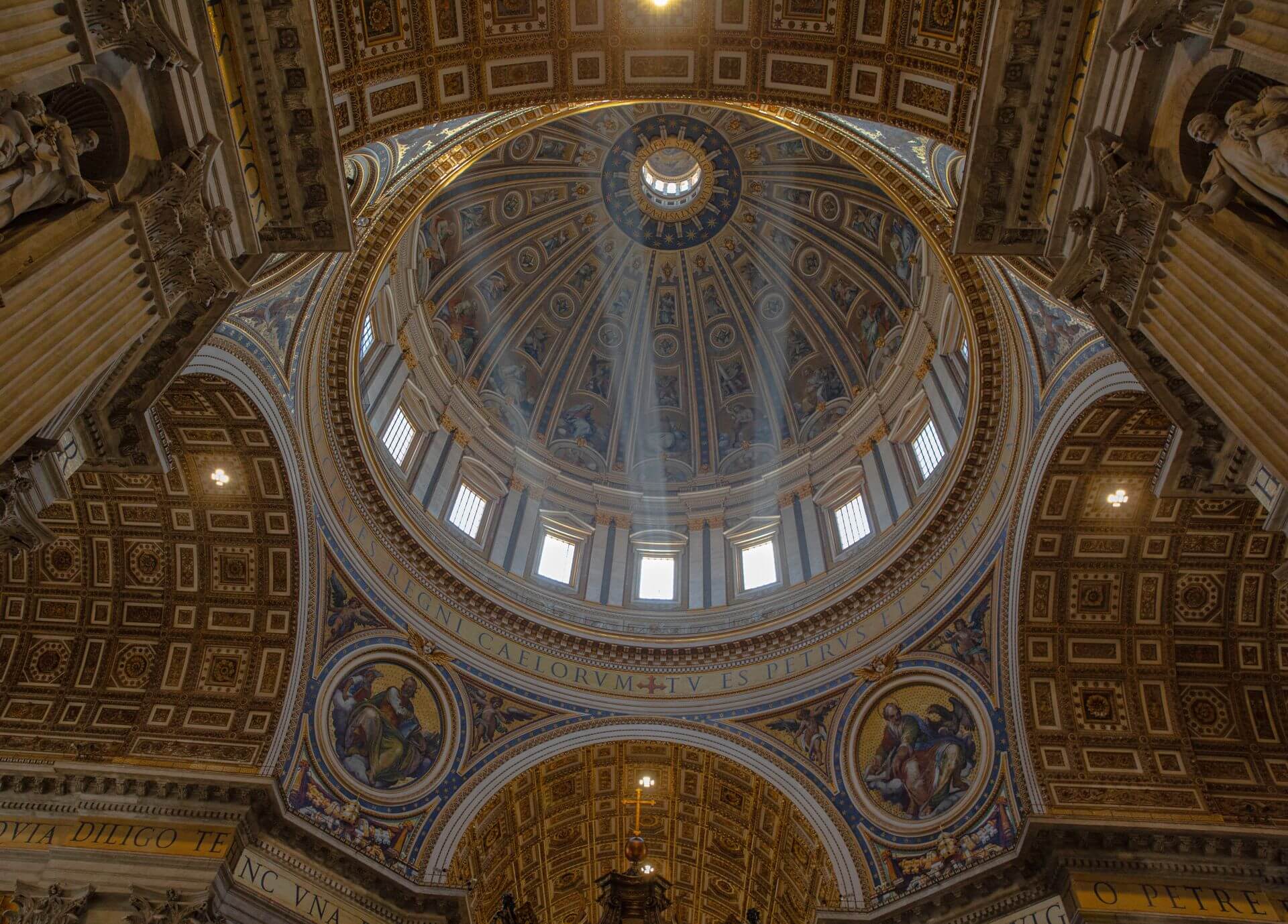 Below are small, small people like ants!! I’m already sweating in my hands. “Sebi, are you okay? Your face is white!” says a colleague. The wire mesh that surrounds the passage is like paper and seems to move… The colleague takes my hand, I go almost clinging to the wall and manage to move on: we enter the building again. Here is another adventure: we’re going somewhere bend to the right, on very narrow stairs, between the inner and outer walls of the dome. And I wonder who the hell put me in here!!! 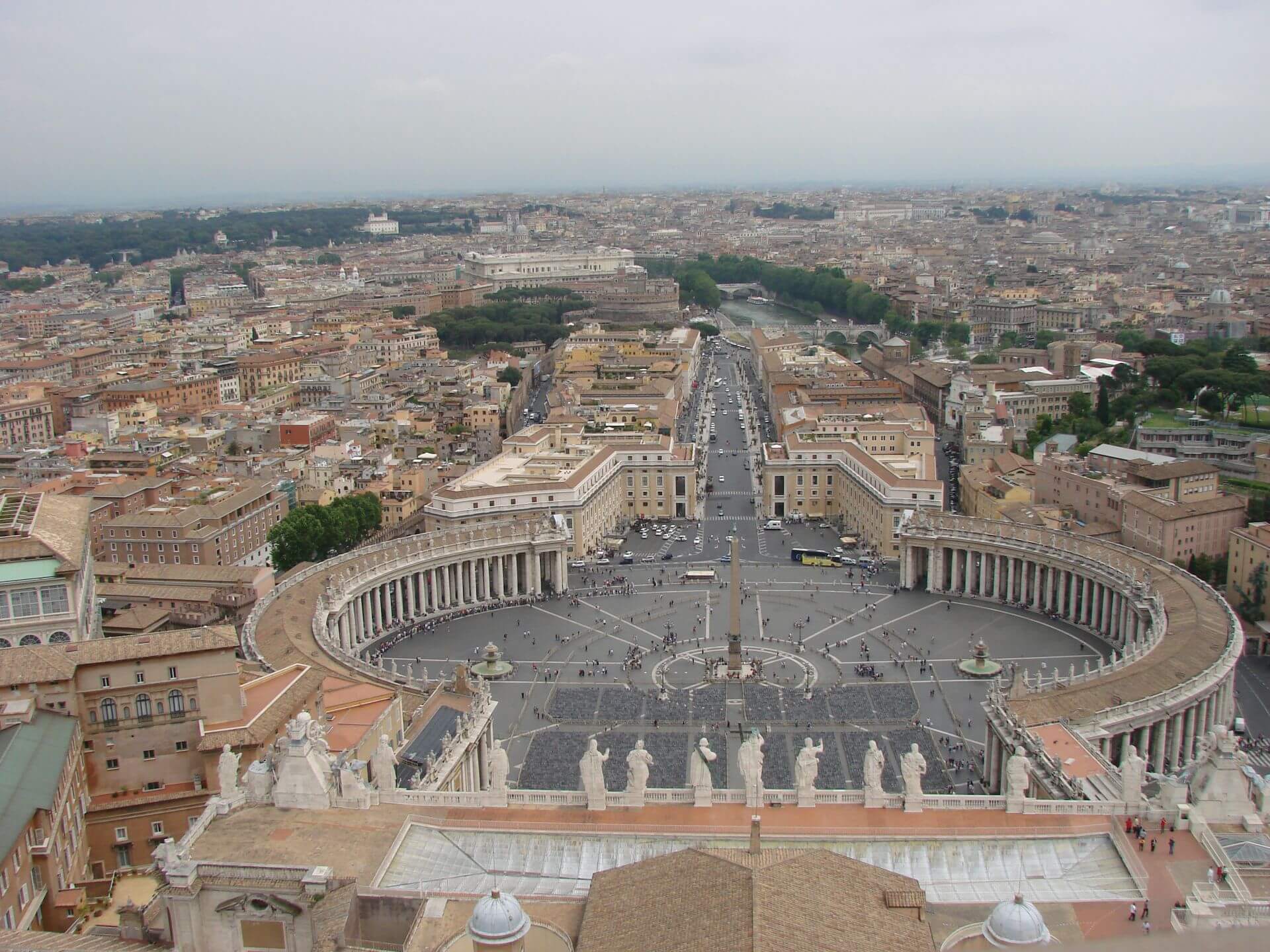 Up, on the dome, the outside handrail is of stone and quite tall, fortunately, so I can get calmer and even make some pictures. And, fortunately, the descent is on another route: we are not getting through that passage again…

This fear of high stood with me up until 2015… And do not think I did not want to disappear, but as much as I would have encouraged, every time the sensation that got me was totally paralyzing … Simply I could not do anything, I was dizzy, my face was white, sweating my palms and shaking my knees. YES, I could not keep my knees calm, I was trembling for many minutes or even tens of minutes after I had such an experience.

About fear, About fear < Life experiences
0