How we met – the first part 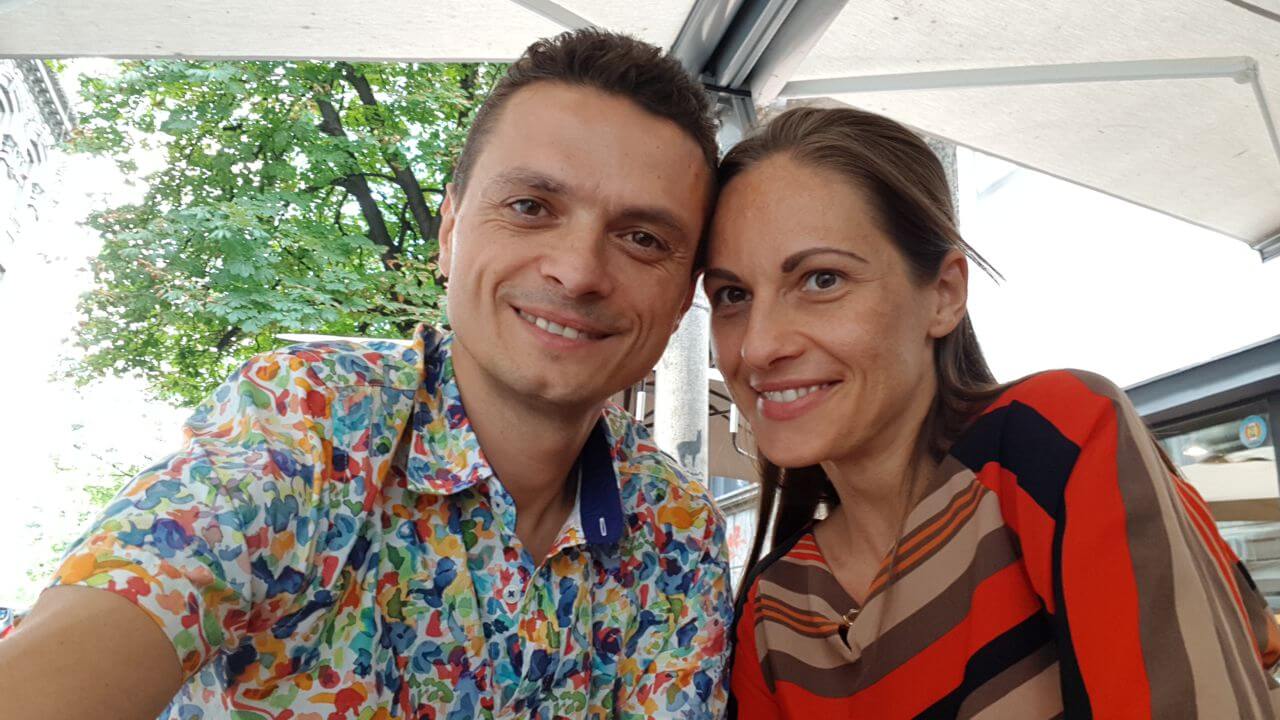 I decided to write starting today, on this subject too. It is one of those topics that have always stirred countless opinions and judgments in people’s minds. Mine too. So I can see clearly, I know, I’m on a minefield. Exposing me so, no doubt – as you will see, can be … delicate: D At other times you could be excommunicated!! : mrgreen: No kidding! 😛

Okay, now you can say that some people could say that I’m blowing my image. Yeah. May be. Or not 😉 And so we never get anywhere. Our evolution can be very slow – so it was until we entered the era of communication. I prefer to expose myself. Both. Many habits and customs, many ideas will be overturned in the head of one or the other. For me (for us) it is important to go beyond these barriers. That some ideas can keep us on the spot. How it happened to me. And before you throw stones first check if to you it didn’t happened anything different in life. Has someone picked up his hand? Practically … hard to believe. Everyone with his experiences 😎

From the beginning I tell you that my idea of ​​love is somehow different now. About 4-5 years ago it has changed. My experience has made me change. Maybe you should look here at least in passing, to understand what I mean.

And because I’m still exposing myself, I think I have to create a general framework. An image of my situation, for you to know where I am. Then I get to the core of the conversation. So, some patience! 😉

I’ve been, since I know myself, a proud and jealous guy. I mean I was going south immediately, in any relationship, when it was about (in my perception or not!) how good I am compared to another – deh, the competition 😀 I mean the pride was jumping up right away. And, of course, jealousy stood in the back, reacting. “What does this mean, to talk to the former?” “What else to talk about?” The jealousy has been in power for a very long time. And this, to me, came together with another thing, stronger: controlling the other. I had to know what she was doing and I would often tell her what is the best to do. That I knew better, what do you think ?!

I do not extend it too long, you know already. Nothing new.

I was not a shy guy 😀 , I had more girlfriends before I got married. A few, not a dozen: P So, a little bit of experience I still had. I got married then, and after three years – in 2005, I divorced. I married out of love – as they say. Without any pecuniary interest. After the divorce, because the fun started, I continued to look for the “half”. Without success 🙁

So I had a few more girlfriens, but every time, after a while, things were falling apart. Yes, of course we were not based on healthy principles, some would say. May be. But I continued it until 2014. Then the change happened: I began to understand that something was wrong and I decided that it’s time to do something.

In fact, I started to understand that something is wrong in December 2012. I ended up a beautiful 3-year relationship with Bianca – we stayed together all this time. Somehow, the click was connected to the first Mental Programming Course. Maybe it sounds weird… it’s not. It helped me to realize that something is wrong. BADLY!!

I continued to meditate, to make sessions mental programming and look for answers. My mind slowly began to relax. To chill out. And to seek answers with more avidity. “What’s wrong with me?” – I was thinking. “I’m really a freak.” At the age of 36 (I’m in 2013), most of my friends were “settled down”, they had family, children, and problems. Many problems. Why I do not settle down? Fortunately, I always had a sense of measure regarding self-blame: I didn’t do it until I hurt myself 😀

My mother snap me as many times as she could: “Come on, when do you marry, settle down and make another baby?” I forgot to mention: I already have a boy already 13 years old. He lives with his mother in Bacau, so we do not see each other as often as we want, plus holidays, when we spend more time together at the skiing, the mountains, the sea. Where I have ideas to go to raise his interest 🙂 Let me come back: my mother I often cut her short or I was starting to make jokes. Until a moment when I said her very seriously: Mother, I do not marry anymore! That’s it!! I’m positive! Something is wrong…

What was wrong? Well… I was looking around. I look now. So, relaxed. No passion. Without looking to support one side or another. Just notice. And what I notice is that people, so married as they are, are not good. They are not happy. I’m not saying that because they got married. They were not before, but not even now. Some are even worse. Give up their dreams. Give up everything. To life. They live for children. “Children are all the best in the world, for them I live” – ​​I have heard this many times around me. Others divorce and take it over. Another relationship, another marriage, but still not happy.

Do not be fooled by those who proclaimed themselves happy just so… to give good. Or there are some who put themselves in the head that they are happy, that’s how happiness looks like … etc, although you can see that they are not. If you look relaxed from the position of observer 😉 Those are no longer impressing me too.

Do not forget those who, being married, are looking for happiness in others: hobbies, work, possessions of all kinds. In the food. Or in other relationships. Many options, isn’t it?!… 😯

Others would say: Well, wait, you have to be strong, to endure, so life is. More specifically, what to endure??!

Coming back to me, in 2013 I had another one year relationship, in which we lived together. Again, it ended up lamentable: I was dissatisfied with myself and I was again in the same situation. As in other areas of my life, I said: I have to do something! Really!!!

But I did not fix anything at that moment that I was not clear about the causes. I was still uncertain. Meanwhile, in February 2014, I have concluded my work contract with Vodafone and for the first time in my life, I do not have a daily activity… nowhere to go to the office. From that moment I had enough time to stay with me: I was alone in the whole house. I said then: “So I remain until I know what’s going on and what I want to do”. First I make peace with me, I understand myself, then I see what I want! Good choice, I would add now!!

In this situation, I met Veronica (aka Veve :-)) , on my birthday, with whom I had a nice relationship for a few months, but without moving together. Yeah, well, I’ve had an attempt to suggest that, deh … “old habits dies hard”. A relationship that this time has transformed into a beautiful relationship of friendship that continues now 😉

Here, somewhere, it was the moment when I realized what was happening to me. What I want to do and how. It was the moment when I began to free myself of all the preconceived ideas and all the ballast in my mind on this subject. And right now I started to change: without pride, without jealousy. They are incompatible with the new image anyway 🙂

About love, About love < Life experiences
0